Cyclocross Provincials at The Forks

Yesterday was one of the most exciting Manitoba cycling events of the year, Cyclocross Provincials at the Forks! Nearly 200 cyclists of all ages and categories showed up to race. There were 80 people in my race start alone! The Forks made for a perfect venue, and attracted many non cyclist spectators that just happened to be walking by. I'm sure the miles of winding tape and poles must have confused a few people until they saw the bikes.

The event was especially exciting because Winnipeg was most recently awarded Cyclocross nationals for both 2014 and 2015, so provincials was held as a test event. Here are some photos to give you a preview of next year's course and venue:

Not too many straight sections on this 3 km course.. 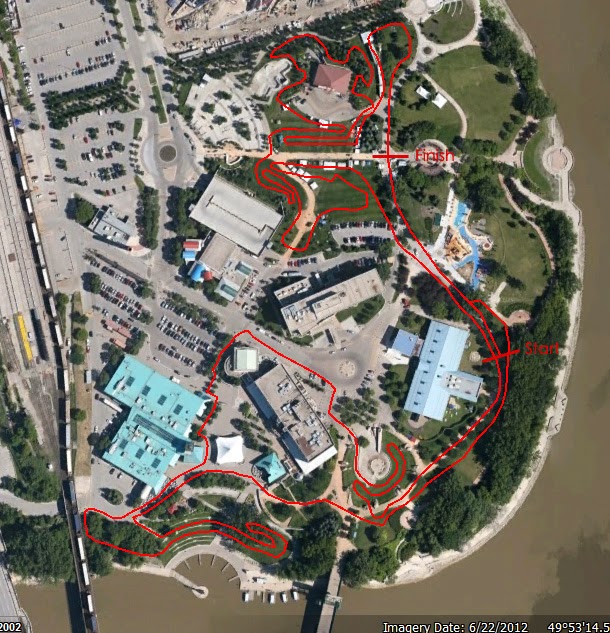 A crowd favourite was "The Beach", a long sandy section that a talented few could ride clean. There were many spectacular crashes as many tried to avoid the leg draining jaunt through the section. 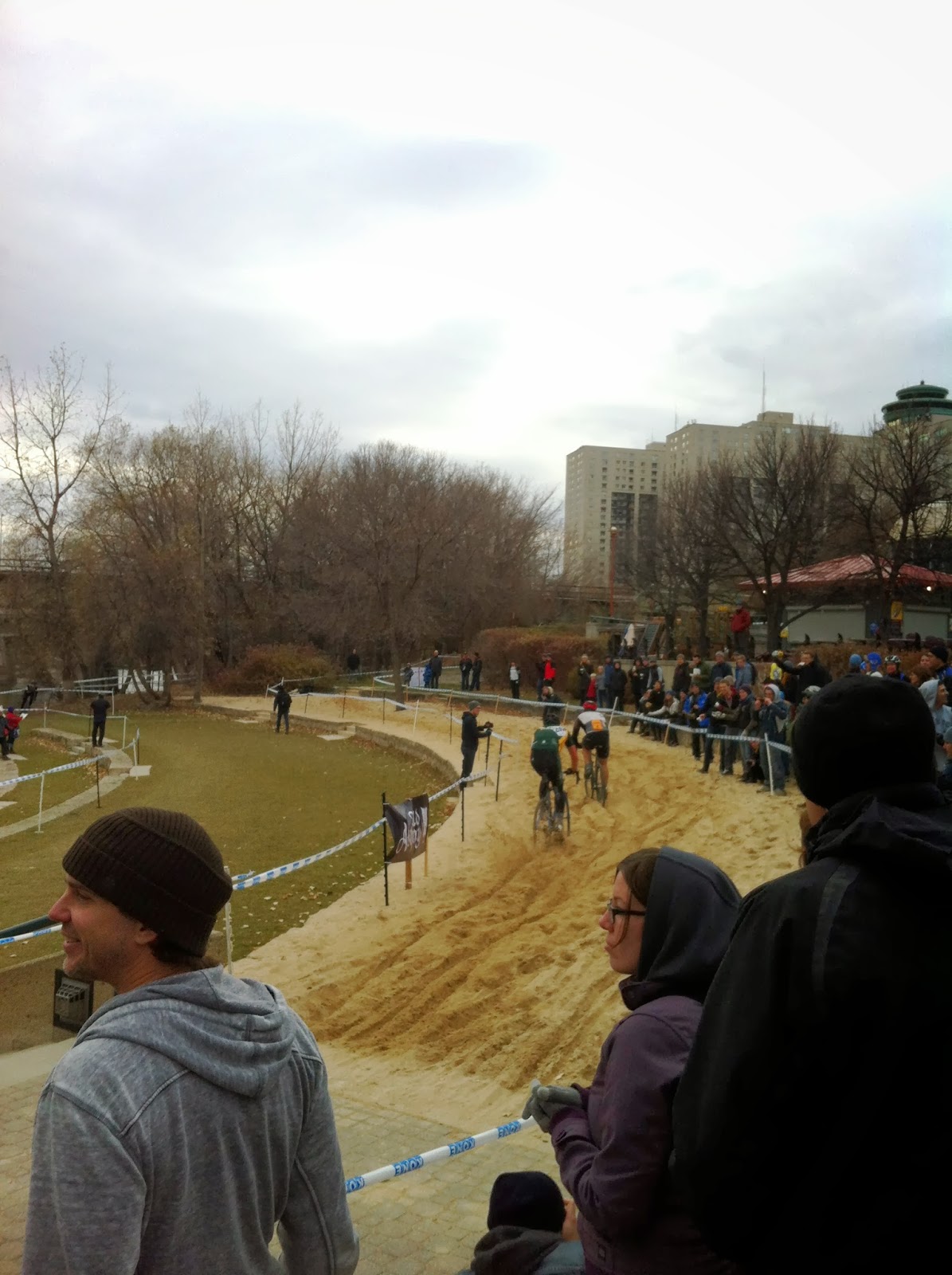 My favourite section wound through this central bowl, so fast and flowing! 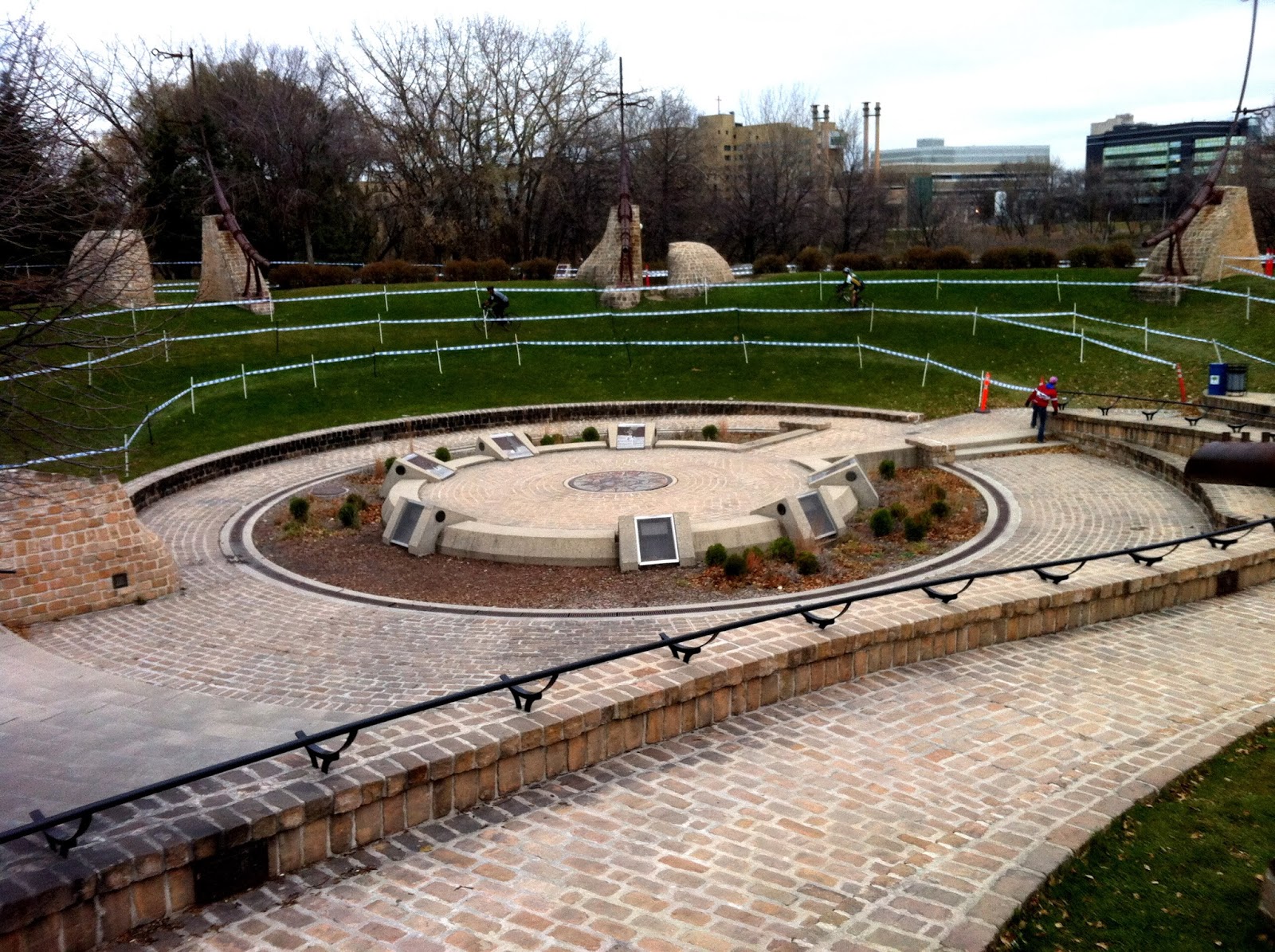 Lots of twisty, tight turns through the start of each lap.. can't imagine how long it took to put up all that tape! 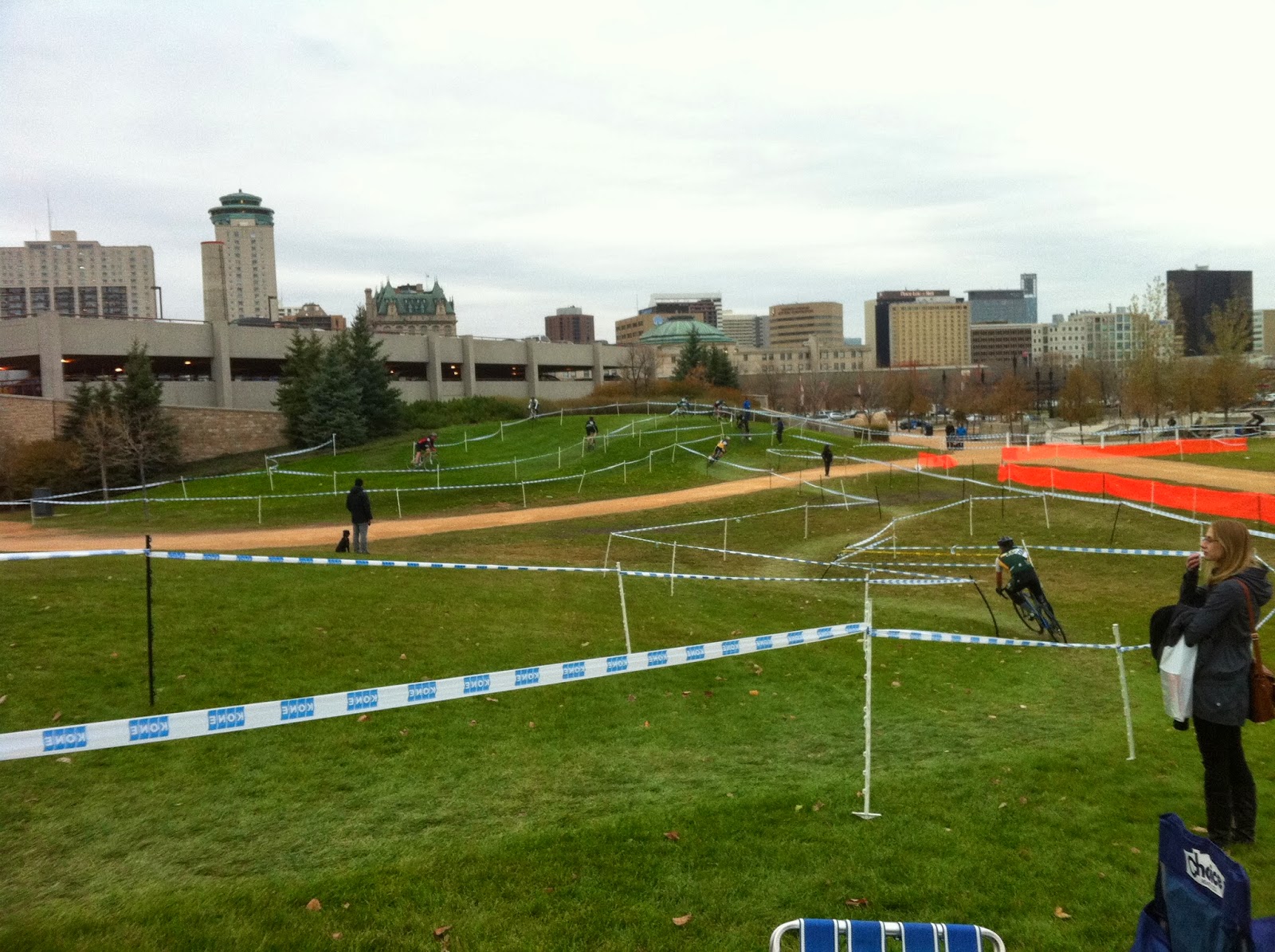 The new, nearly completed Human's Rights Museum made for a spectacular backdrop near the pit area. 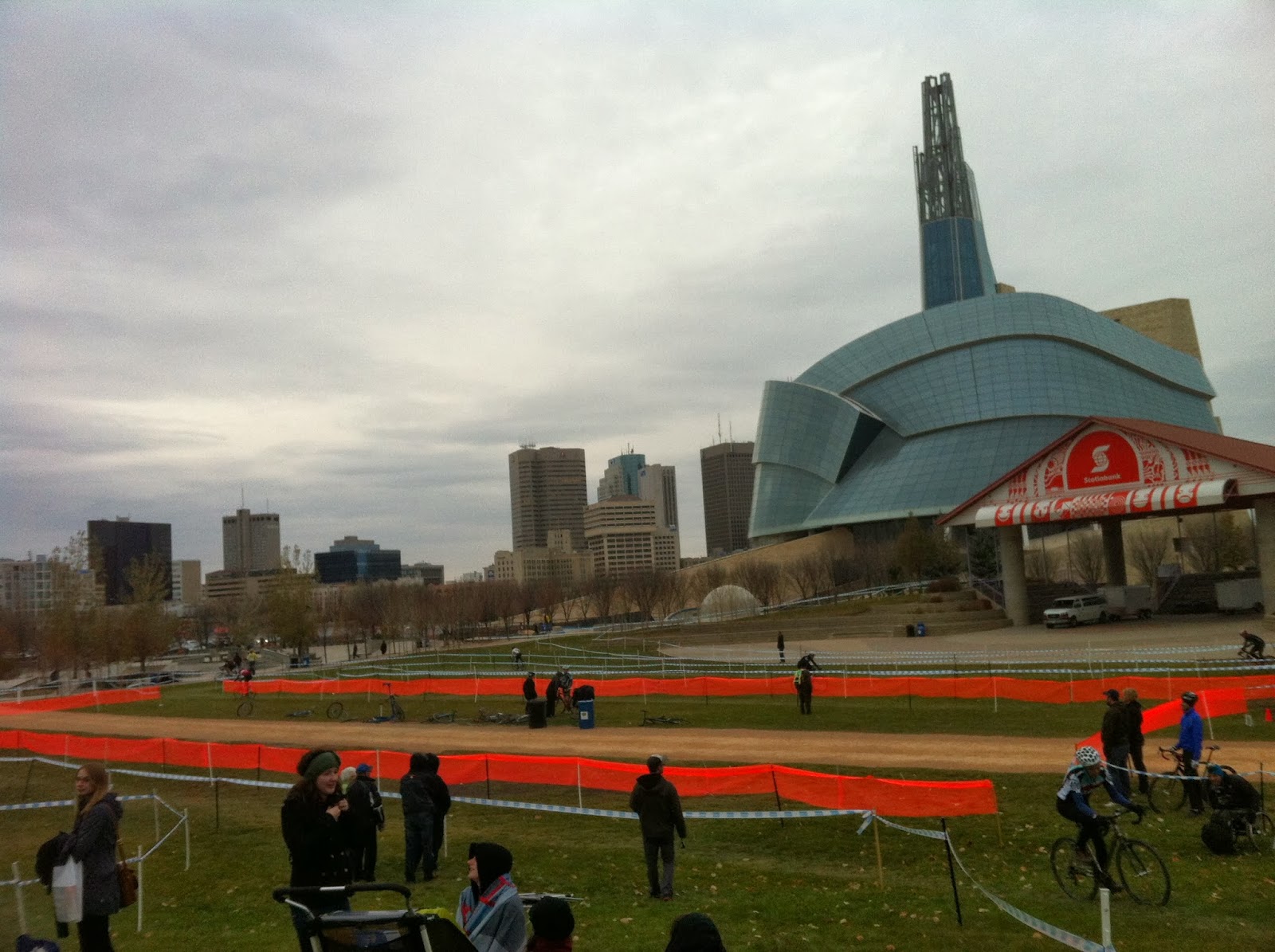 Here is a short clip of the racing action:
winnipeg.ctvnews.ca/video?clipId=1⁠…

And some news coverage with some race action photos (kind of awesome that cycling made it onto the front page):
www.winnipegfreepress.com/breakingnews/r⁠…

Another advantage of the Forks is there is lots of yummy recovery food available on course in the market terminal. I recommend grabbing some chocolate milk and some cinnamon mini donuts, or a Tall Grass Prairie cinnamon bun to replenish those glycogen stores post race :).

Huge thanks to Dark Red Racing, Olympia, and all the volunteers that made this event a success, hope to see lots of people out at nationals next year!