My name is Leah and I am a professional cyclist and 2x Olympian (Rio '16 & Tokyo '21) originally from Winnipeg, MB, Canada. 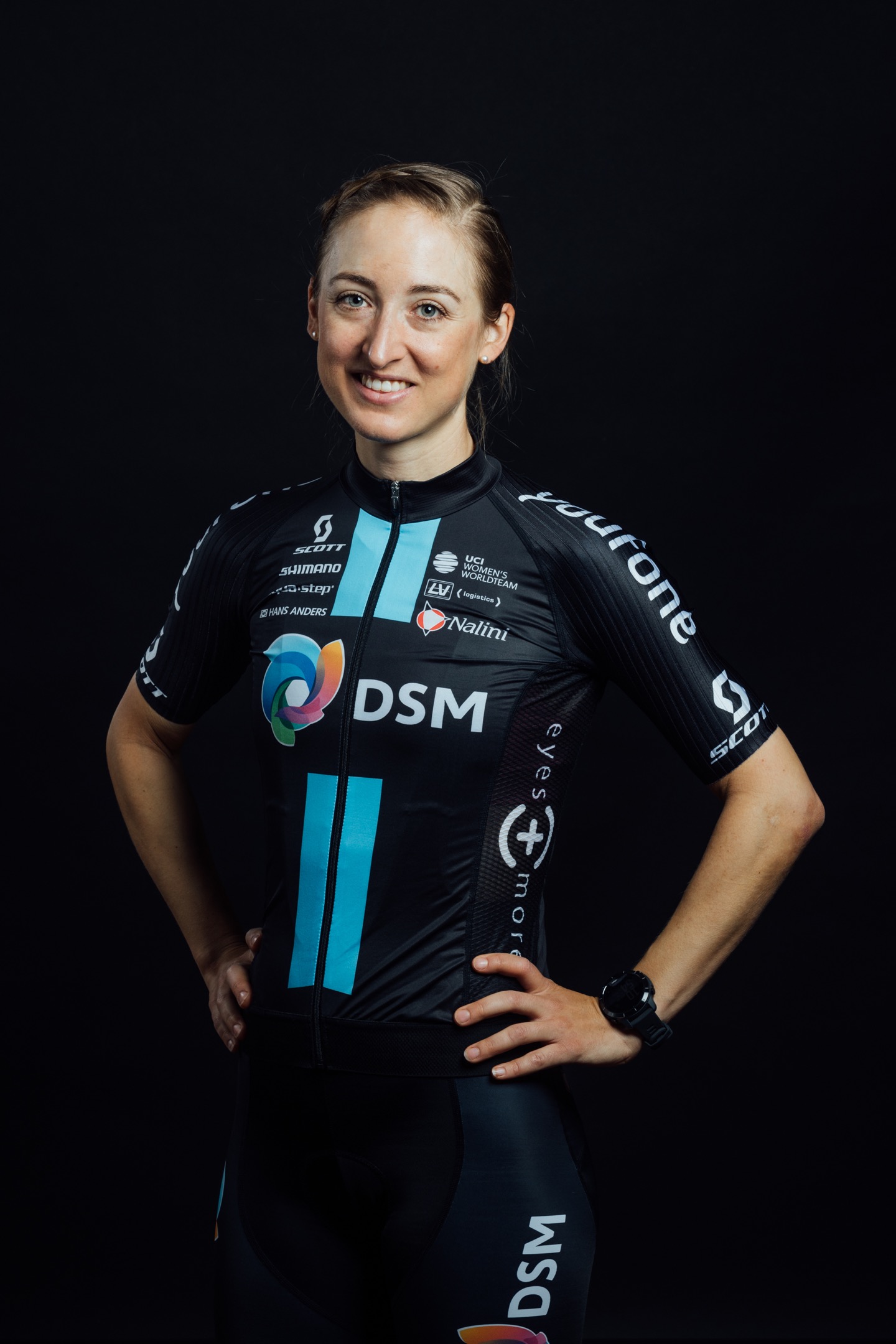 I was fortunate to grow up in a very active family where sport was always encouraged. My parents got me out on cross-country skis at the young age of five and I started competing several years later. I was introduced to Kids of Mud at the age of 13, a grassroots youth mountain bike race program based in Manitoba. I was hooked after a few good battles through the dirt. Marian, the former Polish pro provincial coach took notice and recruited me to the road team, where I developed my riding skills and got to start traveling across the country to race.

My childhood was spent ski racing through the winters, and then hopping on my road and mountain bikes for the summer months as a multi-sport athlete. A highlight during this time was representing Team Canada at the 2008 Junior Road and Mountain bike World Championship teams.These events were my first real exposure to high level international racing, and left me motivated to improve and experience more of it.

I also had the opportunity in 2008 to join the Callaghan Valley Development Training center ski team out in Squamish, BC, while also attending Quest University Canada. With a busy school and sport schedule, I made the decision to focus my attention fully on the road for the 2009 season.

In 2010, I competed for Trek Red-Truck racing out of Vancouver and was fortunate to sign my first pro contract for the following season. In 2011, I had a phenomenal introduction to the pro peloton, racing with the powerhouse Colavita Forno-d’Asolo team, ending that season as the 2nd ranked rider on the National Racing Calendar circuit ,with my teammates also sweeping the overall podium. The next season, I followed my director Rachel Heal from Colavita over to the newly formed Optum Pro Cycling p/b Kelly Benefit Strategies team. I loved the team and found it to be a great place to develop as a rider. This led me to race with them for the next four years.

In 2016, I fulfilled my dream of racing for a European based team, signing for the Dutch based team, Liv-Plantur. The team's "Keep Challenging" model turned out to be the perfect fit for me, and led to the most successful season of my career. Highlights include representing Team Canada at the 2016 Rio Olympic Games, winning the Giro Rosa prologue and wearing the Maglia Rosa, and finishing the season ranked 2nd overall in the Women's World Tour series.

At the end of the 2022 season after 7 years of racing full-time in Europe, I made the decision to step away from World Tour racing and return to the American scene to take part in the inaugural National Cycling League events. I look forward to building something new in the sport as part of the Denver Disruptors.

In 2013, I graduated with my Bachelor of Arts and Sciences with a focus on nutrition and public health from Quest University Canada. I believe that lifestyle factors play an important role in preventing many of the health problems we experience today. Diet and exercise are some of the most powerful tools we have to change in order to have a happier and healthier population. I am passionate about learning more about the interplay between health and our environment, and hope to inspire others to take charge of their own health by setting the example as a high performance athlete.

I really love to take my passion for science and nutrition and apply these concepts towards creating delicious meals in the kitchen to fuel health and performance. Baking healthy treats is one of my favourite ways to relax and recover. They even sell my signature banana bread at Fixed Gear Coffee in the Netherlands.

I am currently a R.E.A.L. (Relatable, Empowering, Active Leader) role model for Fast and Female, an organization that aims to empower young girls through involvement with sport. I’ve gained confidence, made friends around the world, and learned so much as a life long athlete.

I am currently the Managing Director for Global Relay Bridge the Gap after several years of developing and managing the fund's mentorship program. Bridge the Gap is a non-profit organization that provides support for riders transitioning from junior to the Professional level of the sport. The goal of the organization is to help support riders with the resources they need to compete at the international level of competition.

In addition, I recently took on a board member role after several years as a rider representative for the Cyclist's Alliance. The Cyclist's Alliance provides support to female pro cyclists during and after their careers. The aim is to strive for fairness and improve conditions so that women can make a living in the sport. I encourage everyone to join as a member or supporter to access many of the helpful services.

Please use the contact link for any sponsorship, media and general inquiries. I am currently represented by Inspire Athlete Management.