My name is Leah and I am a professional cyclist from Winnipeg, Manitoba, Canada racing for Team DSM and the Canadian National Cycling team. This is my 11th season racing as a professional cyclist. I represented Team Canada at the 2016 Olympic Games in Rio, and I'm currently training hard to compete at my best at Tokyo 2021 as a qualified athlete. 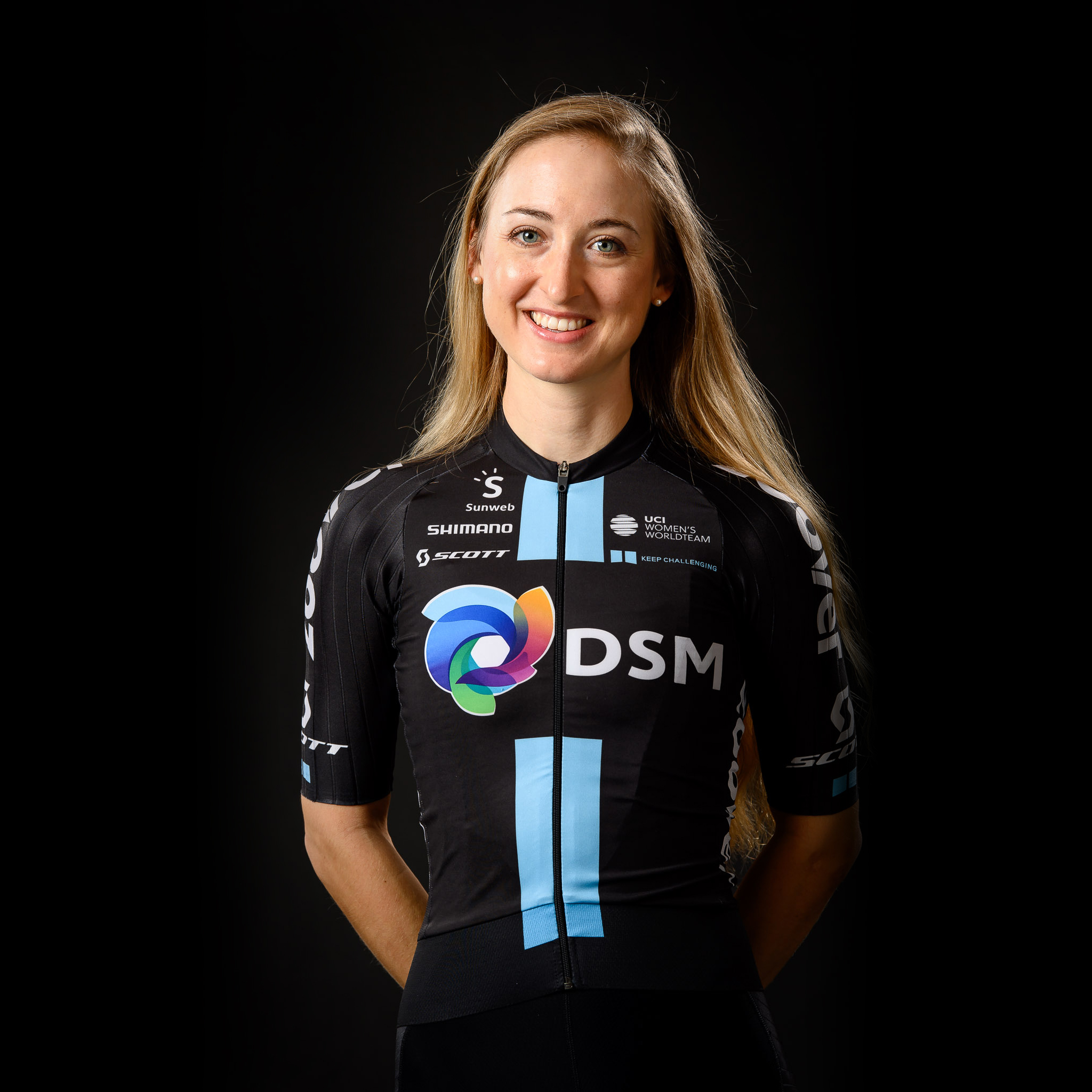 My parents got me out on cross-country skis at the young age of five, and I competed across the country for years growing up. I was introduced to Kids of Mud at the age of 13, a grassroots youth mountain bike race program based in Manitoba. I was hooked after a few good battles through the dirt. Marian, the former Polish pro provincial coach took notice and immediately recruited me to the road team. Old school training techniques, and comical road trips across the country helped develop my skills and resilience as a rider.

Instead of choosing a specialty or sport, I chose to pursue both sports. Ski racing through the winters, and then hopping on my road and mountain bikes for the summer months. A highlight during this time was representing Team Canada at the 2008 Junior Road and Mountain bike World Championship teams.These events were my first real exposure to high level international racing, and left me motivated to improve and experience more of it.

I also had a great opportunity in 2008 to ski for the Callaghan Valley Development Training center ski team out in Squamish, BC, while also adding courses at Quest University Canada to the mix. With a busy schedule, I chose to pursue road racing full time.

In 2010, I competed for Trek Red-Truck racing out of Vancouver and was fortunate to sign my first pro contract for the following season. In 2011, I had a phenomenal introduction to the pro peloton, racing with the powerhouse Colavita Forno-d’Asolo team, ending that season as the 2nd ranked rider on the National Racing Calendar circuit ,with my teammates also sweeping the overall podium. The next season, I followed my director Rachel Heal from Colavita over to the newly formed Optum Pro Cycling p/b Kelly Benefit Strategies team. I loved the team and found it to be a great place to develop as a rider. This led me to race with them for the next four years.

In 2016, I fulfilled my dream of racing for a European based team, signing for the Dutch based team, Liv-Plantur. The team's "Keep Challenging" model turned out to be the perfect fit for me, and led to the most successful season of my career. Highlights include representing Team Canada at the 2016 Rio Olympic Games, winning the Giro Rosa prologue and wearing the Maglia Rosa, and finishing the season ranked 2nd overall in the Women's World Tour series.

I have stayed with the team, now Team DSM, since that successful season and have continued to develop myself a rider within the team's performance model.

In 2013, I graduated with my Bachelor of Arts and Sciences in health sciences from Quest University Canada where I focused my studies on the role of nutrition and health, and how our environment plays a role in shaping our eating habits. I believe that lifestyle factors play an  important role in preventing many of the health problems we experience today. Diet and exercise are some of the most powerful tools we have to change in order to have a happier and healthier population. I am passionate about learning more about the interplay between health and our environment, and hope to inspire others to take charge of their own health by setting the right example as a high performance athlete.

I am currently a REAL (Relatable, Empowering, Active Leader) role model for Fast and Female, an organization that aims to empower young girls through involvement with sport. I’ve gained confidence, made friends around the world, and learned so much as a life long athlete.

I am also head of the Global Relay Bridge the Gap mentorship program, a non-profit organization that provides support for riders transitioning from junior to the Professional level of the sport. The goal of the organization is to help support riders  with the resources they need to compete at the international level of competition.

I am also a rider representative for the Cyclist's Alliance. The Cyclist's Alliance provides support to female pro cyclists during and after their careers. The aim is to strive for fairness and improve conditions so that women can make a living in the sport.

My cycling career has been an adventure filled with highs and lows, and constant lessons learned. Follow along as I strive to pursue a life of excellence!

Please use the contact link for any sponsorship, media and general inquiries.