It’s a new year, time for a new blog post! 2014 was an unforgettable season, it is going to be tough to top a triple crown national championship and Tour de France podium, but I know that I still have lots of room to grow and excel as a rider.

In spite of a stellar season, it did end with a bit of a bang. A huge crash at Worlds snapped my clavicle and bike in two, and crushed any hopes of a World championship result for Canada. But as the annoying saying goes 'that's bike racing'. There is a lot of stuff completely out of your control in this crazy sport. Even though it sucked to crash, the off-season was the best time of year to deal with an injury. I now have a bionic shoulder, and a sweet new scar.

I am now well into preparations for the 2015 season. First UCI race is in a week, The Tour of Qatar (pronounced Cutter). Yikes, it is coming up fast! Check out the new schedule page on my website for the team's 2015 race calendar. A few of my Optum teammates and myself decided to jump into a local California crit this past weekend to shake out some of the racing cobwebs, the CBR Dominguez hills criterium. It was the first race post broken bones for both Maura and myself, but we both handled it well (Maura broke her wrist in a nasty crash at the Uptown crit at Nature Valley last year.. also the same stage where I first broke my clavicle in 2012). 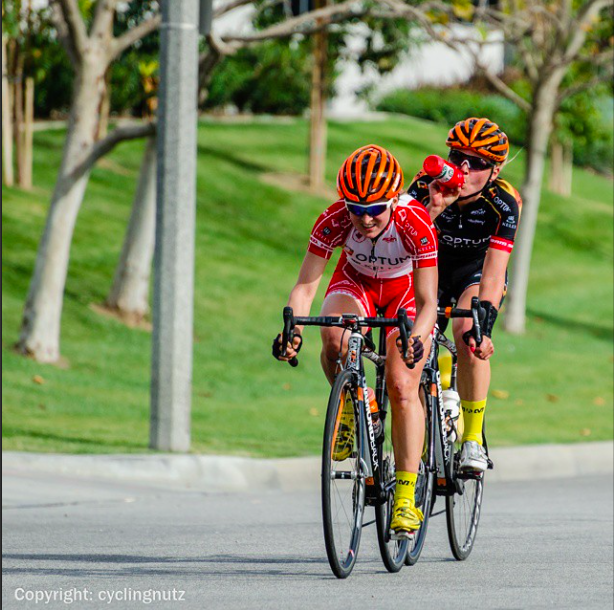 The criterium resembled more of a team time trial, as we all ended up in a break together. Good practise for the 2015 Worlds in Richmond! We are more motivated than ever to improve our team time trial skills after a close 4th place at the World championships in Spain last year. It was every woman for herself the last few laps of the crit, and Annie was victorious! 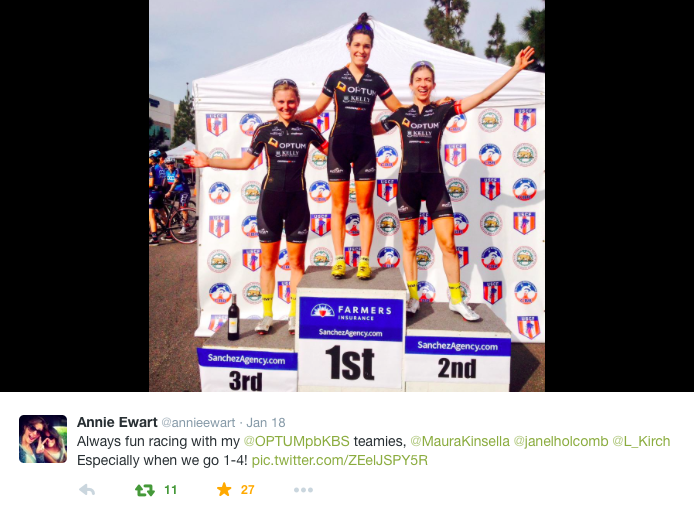 Just because we enjoy challenging ourselves, Janel, Maura and I decided to also jump into the Pro 1-2 men’s race afterwards. I was intimidated at first and didn’t know how the guys would react, however the race was a pleasant surprise and I had an awesome time just riding fast in a group. You spend so much time riding solo, or with small groups in the off-season that I had forgotten all about that ‘racing rush’, an exhilarating feeling that’s tough to replicate in training. 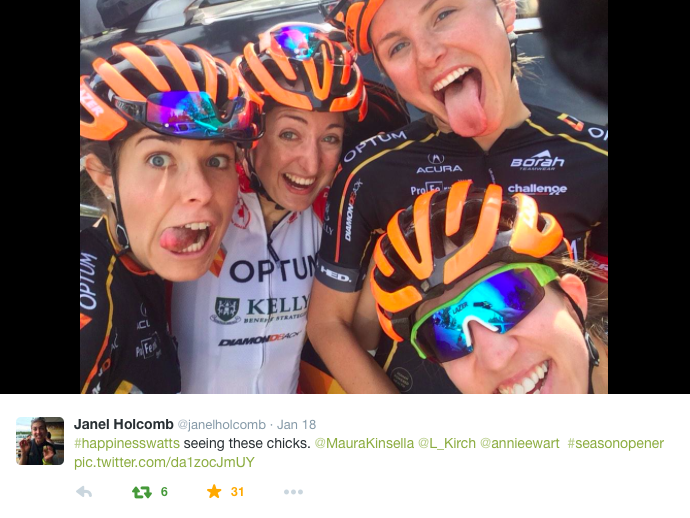 I’ve enjoyed some amazing off-season riding adventures, but I’m truly a racer at heart and can’t wait for the season to get underway!

Check back soon for training and race updates. I'm working on a mini guide to training in California!